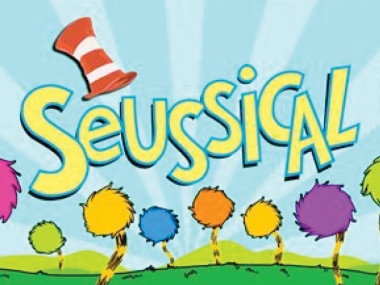 The irreverent Cat in the Hat and his side-kicks (Thing One and Thing Two) lead this journey through the magical Jungle of Nool where Horton the Elephant discovers the vulnerable world of Whoville, a microscopic planet living on a speck of dust. Meanwhile, Who child Jojo is sent off to a military school (headed by General Genghis Khan Schmitz) for “thinking too many thinks." The plot thickens around Horton, as not only must he protect the Whos (Jojo, Jojo’s Mayor parents, and the many Whos of Whoville) from a world of dangerous naysayers (The Wickersham Brothers, The Sour Kangaroos, Vlad Vladikof) but he must guard an abandoned egg, left in his care by the irresponsible Mayzie La Bird, who disappears from the jungle with her band of bird girls. Although Horton faces ridicule, danger, kidnapping and an all-characters trial presided by authoritarian Judge Yertal the Turtle, Horton’s intrepid admirer, Gertrude McFuzz, never loses faith in him. The powers of friendship, loyalty, family and goodwill are challenged in this boisterous musical and ultimately emerge triumphant. “A person’s a person no matter how small!”

Covid Safety: Windows will be open and masks are required in the audience.